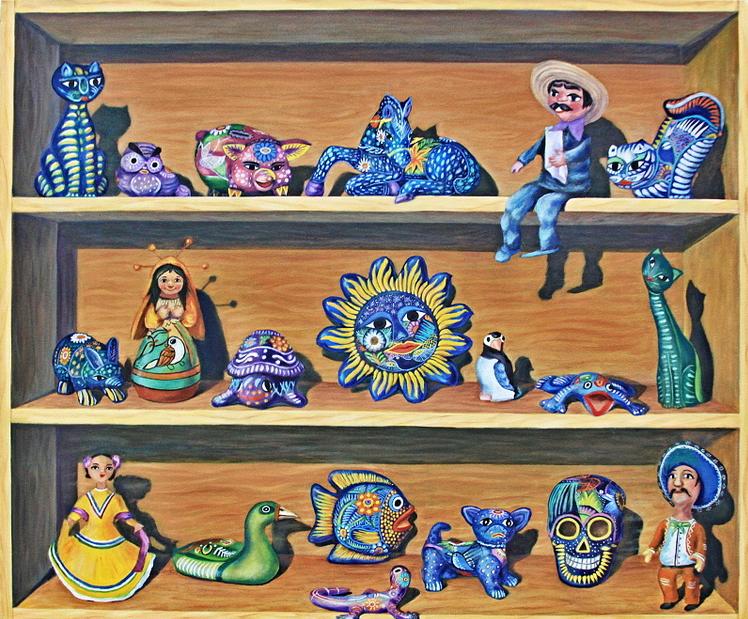 After I visited the Latin/ Spanish Marketplace in San Antonio, Texas for the first time, I was surprised by the assortment and variety of handmade items and figurines, each one of them painted in decorative, bright folklore-like patterns. The choice of cheerful colors of the crafted items was so immense that it was almost infinite, and it was very hard for me to decide which of the crafts to buy as souvenirs.

I took some photographs in my process of decision-making, and later at home after printing them, I came to a realization that the variety of all options and colors are more striking than just one or two of the objects alone. That revelation later led to my new oil painting. I "arranged” the various items on the painted wooden bookshelf, paying attention to the shapes and colors of each figurine. As a final step, I painted the reflective highlights and shadows of each object making them look three-dimensional and I also painted the cast shadows from each piece on the “imagined” bookshelf.

In conclusion, this painting is not a “still life” painted from an arrangement of real objects. No, this painting was made by initial reference to photographic materials, then arranging them on a make-believe bookshelf, and finalized by using my own imagination and experience.