Paper images from magazines on wood

My collage series “From Here to Where” explores the idea of destination—more specifically, of our longing for exotic destinations and the emotions we imagine we will experience when we arrive at them.

To create my collages, I cut words and images from periodicals and printed media and use them to create peaceful scenes from nature. When viewers look carefully and realize that the beautiful scene before them is created from words and images taken from the constant bombardment of messages we regularly overlook—and try to escape from through daydreaming and travelling, they are often surprised and delighted by the gentle subversion.

Through my work I seek to give viewers a chance to slow down in the midst of daily busyness and consider how they are affected by messages, whether through TV and radio advertisements, printed periodicals, store displays, billboards, or social media and websites. I also want to challenge the viewer to disregard the images and messages and just observe the beauty and magnificence of nature. I want them to consider that it might be possible for them to have power over the images they seek to escape, but perhaps first only through recognizing the noise—then, hopefully, seeing through it and into a larger perspective. 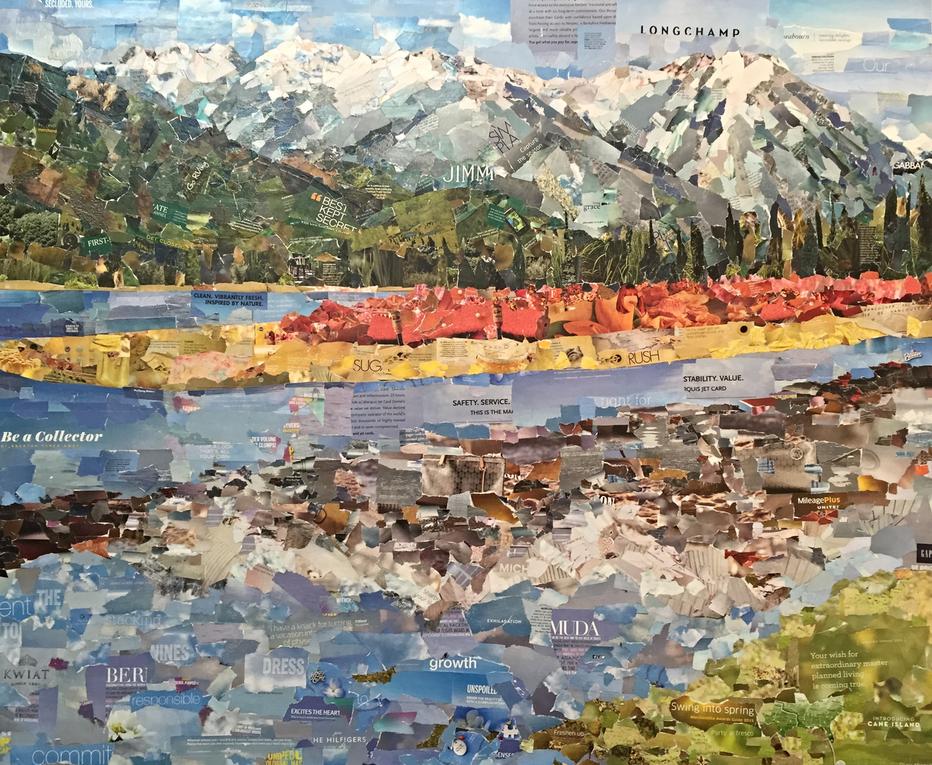